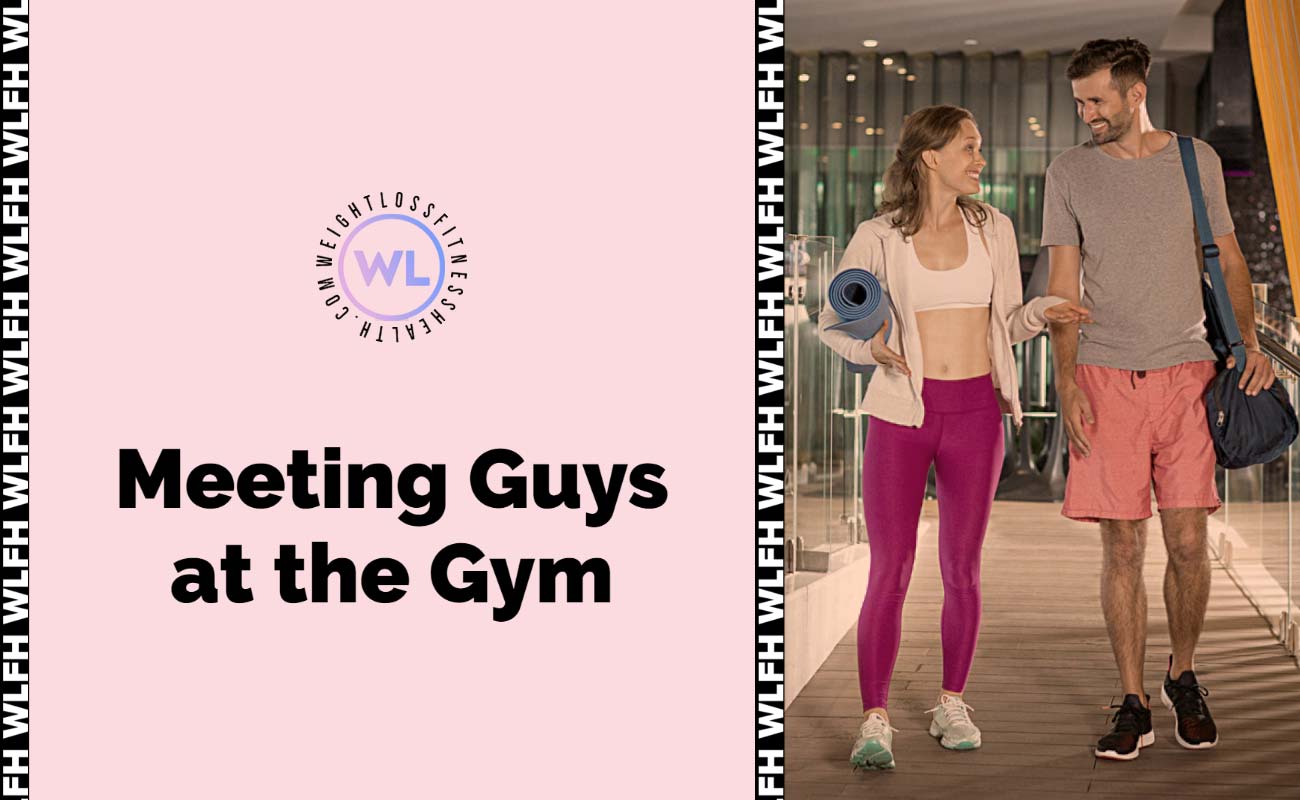 If you’re a fan of the ‘90s show “Girlfriends,” then you know Joan Clayton had an odd habit of being attracted to an Ellis. First, it was Sean Ellis, who was a sexaholic. Then she switched to Ellis Carter, the actor who went to war with her over a treadmill.

It was a clever way to get Tracey Ellis Ross’ middle name into two significant characters, but what was more entertaining was the lengths she went to in order to snag Ellis No. 2.

First, she pushed her best friend Tony Childs (played by Jill Marie Jones) off a treadmill for unknowingly flirting with him, too. Then she went into a hysterical fit over her “favorite” treadmill being unplugged.

Finally she choreographed her own show-off-my-figure routine, doing impressive splits and stretches to get Ellis Carter’s attention. It worked, and the two ended up having what came to be a roller coaster ride of a relationship.

While it’s not recommended to go as far as she did to meet guys at the gym, there were some good dating points learned.

Enjoying exercise will probably get you further with a gym rat

In Joan’s case, she was already enthusiastic about staying in shape, so much so that she crawled onto her couch in tears when she didn’t get past mile one of a run-a-thon. 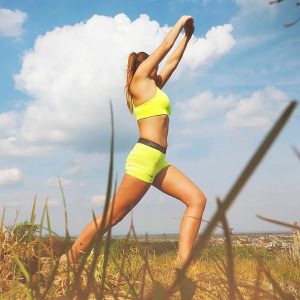 (It was a rage-run after Tony announced she was engaged, but still, Joan was a morning runner before then.)

For the newbie exerciser, meeting guys at the gym may come off as speed-dating. If you’re not really invested in being the gym rat that your potential significant other is, this plan could crash and burn.

Someone who actually enjoys going to the gym will probably find it annoying when you tap out and don’t want to go anymore after a month or two. In other words, wait until February to see if you’re still sticking to your New Year’s resolutions.

Try not to hog the elliptical machines and weight benches

There’s a reason those signs are all over most gyms. If you’re supposed to be working out on a leg-strengthening machine or bicep curl machine, but you’re really just sitting there texting, please get off the machine. Go to an exercise bike or treadmill where it’s perfectly OK to continue your phone conversation at a steady, slow pace.

Don’t become known as the gym member who just sits on machines for hours but doesn’t really exercise. You will be seen as more of a nuisance to that guy than someone who may be a good partner.

Get comfortable with looking a little messy

If you’ve ever been in an enclosed room with someone whose perfume, cologne or body spray can be smelled from the next block, then you know why gym signs insist on not wearing fragrances on the gym floor. 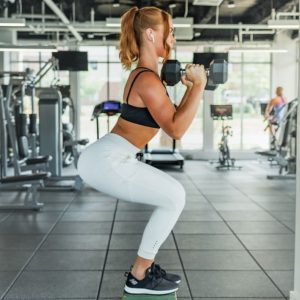 Perspiration can significantly escalate a fragrance body wash, lotion, shampoo, and so on. Does that mean you have to marinate in your own sweat? No. Does that mean your hair should look like you got electrocuted after you leave a sauna or finish your run? No.

But that does mean you should look like you’re really ready to be inside of a gym for an extended period of time—even if it’s just 30 minutes. If you want to look cute but get in a good workout, maybe attend a WERQ dance class or yoga. It’s possible to do both.

But if you’re in pilates doing a plank or alligator push-ups in a high-intensity class and concerned about how your hair and makeup looks, find a new class. Know where your comfort level is ahead of time. 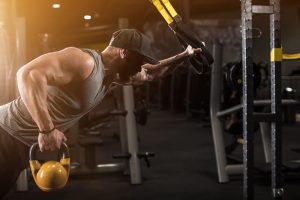 Are you comfortable with guys seeing your back sweat or under-the-boob wet stain? Then go for the kill. Let him know you mean business and walk by his machine on your way to the water fountain.

If you’re not confident in him seeing you in full workout mode, approach him long before you’re in a deep dive of your workout. Find nearby machines that he’s working out on, and start your workout there.

You can ask him how to work a particular machine correctly or maybe ask him to let you know when he’s done with the machine he’s on. Either way, he’ll make eye contact and you’ll have his (temporary) attention.

Lastly, and most importantly, if you see that this guy at the gym is not paying you any attention, move on quietly. Do not embarrass yourself by being the gym stalker or, worse, have management ask you to stop following other members around.

In the case of Joan and Ellis fighting over treadmills, they’d both shown signs of being interested in the other. But if your guy keeps moving to different machines, avoiding eye contact, and/or puts on his headphones to dodge talking to you, it’s time to focus on someone new.

Check out the Weightloss Fitness & Health homepage for more workout needs and advice.

Shamontiel is a freelance editor/writer and is passionate about her health. Her favorite activities are dance fitness, yoga & pilates! An excellent researcher with a high attention to detail, reviews by Shamontiel are always top-notch! 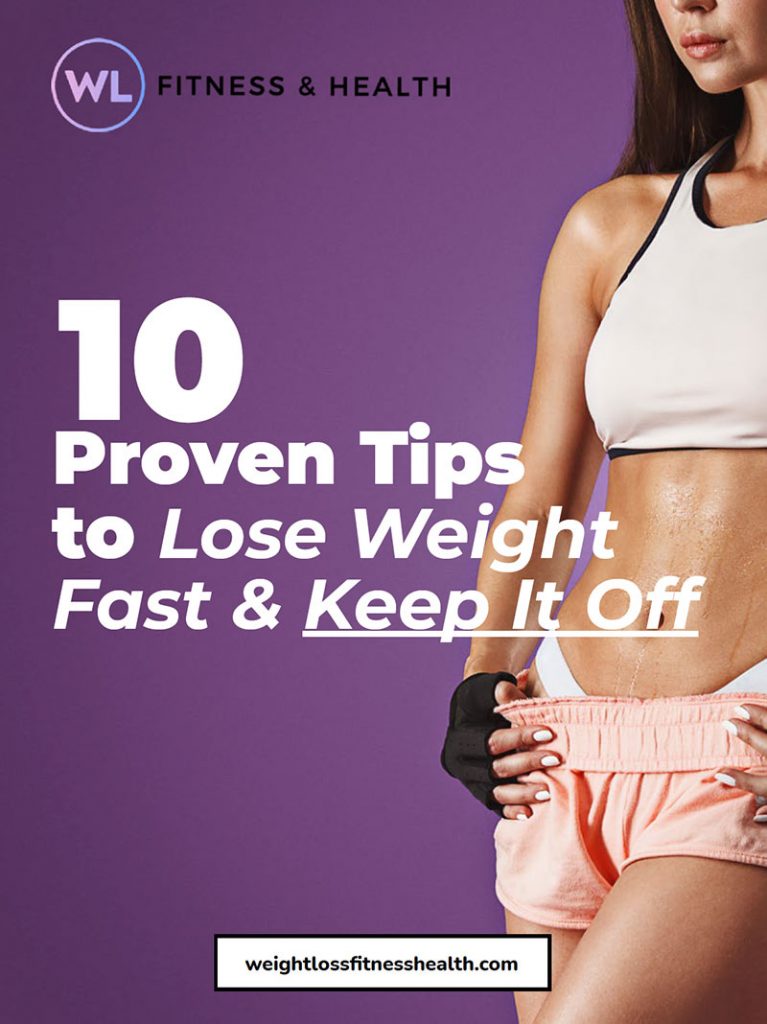